AboutCareersBlogFAQ
Get started
Home>Blog>RBI's Retail Direct Scheme: Everything you need to know

RBI's Retail Direct Scheme: Everything you need to know How does the government gather money for all the developmental work going around? The first instinct would be, "it's the government; they can print money." Unfortunately, that's not how things work, and if the government started printing money to their convenience, we'd be doomed. So, the only options are spending the revenue generated through taxes or taking debt from the public. While the former caters to many needs, it may fall short in certain places, and public debt is the only viable alternative.

What is RBI retail direct?

The Retail Direct program is a one-stop-shop that enables individual investors to participate in government securities. Under this program, Individual Retail Investors may create a "Retail Direct Gilt (RDG)" Account with the RBI for Gilt Securities.

Before the GOI introduced this program, a retail investor looking to invest in government securities had to do so through banks or funds. This investing route comes with additional charges and thus lower interest rates. The scheme also allows the investor to trade the securities on a secondary market.

Things to look out for

Before ending the read, however, let us do a quick comparative analysis between the debt funds and investing through RBI retail direct.

We'll be back with some more finformation!

Till then, Stay Safe! Invest Safer!

Q. Do T-bills also credit interest to the investors?

Ans. The T-bills although do not provide an interest, are offered at a discount and are sold at the face value on the maturity. This difference is the investor's gain.

Ans. Negotiated Dealing System - Order Matching is a secondary market offered by the RBI for trading government securities. This challenges the lack of liquidity in government bonds, one of the biggest deal-breakers.

RBI's Retail Direct Scheme: Everything you need to knowCreating Wealth: Strategies to make your money work for youRBI says yes to settling international trades with the INR.Investment Instruments for Senior CitizensBattling Inflation 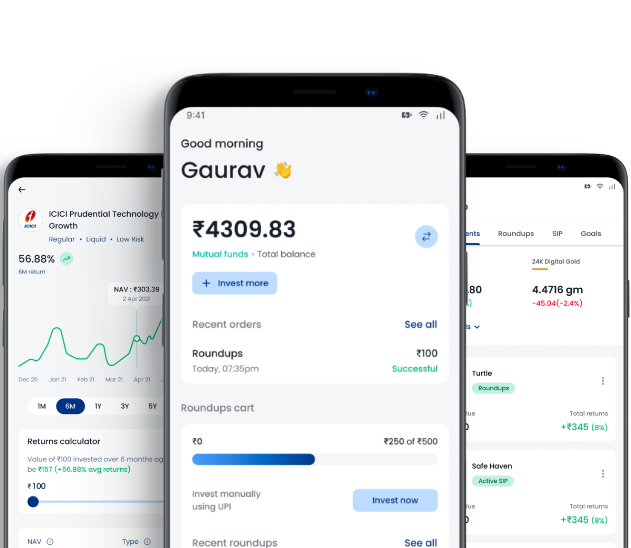